My Work Here Is Done - by Mark Weldon 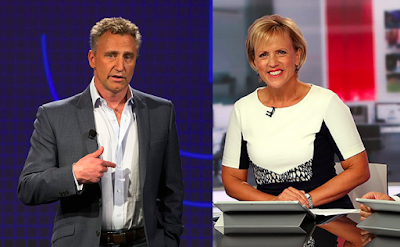 "I outlasted the soppy bitch"


A blacksmith I am not, though at times in the past months I have felt as though I were pumping up bellows to breathe wind into fires which would not spark (3rd Degree) and bending iron to make shoes to fit hooves that would never work hard enough to justify the labour that had gone into forging those irons (Campbell Live).

Why the blacksmith comparison you ask? Because as far as I can ascertain, those five words come from the tombstone on the grave of a Farrier buried in the 18th century. That quote has been bastardised and reorganised much since 1700, and – ironically - ended up in much the same situation as MediaWorks the company.

Lord only knows why I agreed to be dragged in to take this nest of narcissism by its snivelling empty-tills, give it a good asset strip, and try to turn it into a business that could pay the bills on time.   Oh that's right - the cash! Little did I know when I said yes to my mission that journalists – or “stars” as they view themselves in broadcast media – have no fucking idea what a balance sheet is.

Balance? John Campbell thought that was when you invite two left wing sandal wearing academics, one from Auckland University and one from Waikato University, to discuss climate change but who both agree it is caused by man (or as Saint John would say, “persons”). Then all three round up the panel by solemnly declaring we’re all going to hell in an organic artisan handcart, John Key’s National Government is fiddling as Venice sinks into the canals, and meanwhile Bronagh takes her girl chums from Parnell on cuisine tours around Piazza San Marco while the poor get poorer.

It’s the rich what get the pleasure and the poor what get the blame; ain’t it all the same. Or words to that effect.

And ‘Sheet’? Silly Hillary Barry thinks that word has two meanings – those crisp, 400-thread count linen things you put on beds, or the Australian pronunciation of shit.

Fuck me; I’m going for a swim.

I’ve done my bit. I’ve doubled the audience for Paul Henry’s show. I’ve pulled in the advertisers. They don’t give a rodent’s bare derriere about John “isn’t it maaaaaarrrrrvellllousssssssssssssssss” dahling” Campbell pretending to luvvy up to the poor in South Auckland when all the while he’s swanning about swilling chilled champers in the chic suburbs. They can see through him the same way the Okies from Muskogee saw through the GOP and now look as if they might put that Trump bastard in the White House.  I have even managed to slip Gilda Kirkpatrick on to the screen this week without anyone on Twitter noticing.

So yes, my work is done. I’ve seen off Campbell. Penfold, with her endless re-runs of sob stories about how the cops framed yet another young punk from South Auckland just because of the colour of his skin. When will she learn the reason nobody watches that stuff over and over is because they don’t care about the story teller, they care about the Story and I wouldn't let her near that show. That has become a roaring success when all said it would fail.  Mr Penfold-McRoberts, the greatest foreign correspondent in the world. No? He must be because he says so, and all we ever see when he goes away are pictures of him in his latest safari suit.

Best thing that Rachel Glucina ever said was call him Brown Jesus.

And now that prima donna Barry has gone there is simply nothing left here for me to do.

She even has to buy her own wine. 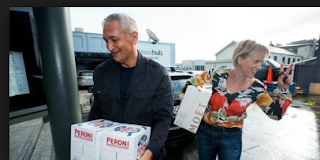 In the words of a fellow Olympian - Weldo OUT!

Editor's Note - Mark Weldon in his career has scored oodles of cash, so much so that he can afford a vineyard.  He is a champion swimmer.  He ran the NZX.  He leaves MediaWorks to a lesser mortal, possibly an American with no background in either New Zealand or the media.